There are four people who were instrumental in my Lufthansa cultural activities which lasted from 1986 to 2004:

First and foremost Heinz Ruhnau (*1929) who was the enlightened CEO of the airline from 1982 to 1991.Coming from the trade union movement and being an active member of the German Social Democratic Party, Ruhnau was a member of the Hamburg Government (1974-1982) before becoming Deputy Minister of Transport 1982. 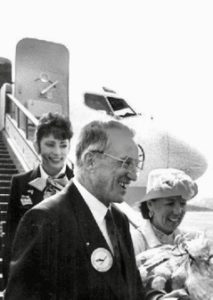 Ruhnau asked me to develop a platform for Lufthansa to engage in cultural activities and we engaged Helga Schuchardt (*1939) as a consultant. She was a trained engineer who worked at Lufthansa 1965-1972, engaged in the Liberal Party she became a member of the Bundestag 1972-1983) and was Minister of Culture in Hamburg (1983-1987) and of Lower Saxony (1990-1998). Her involvement in culture made her an ideal advisor and in many meetings with her I developed the sponsorship philosophy of Lufthansa.

Since we were present worldwide we narrowed the themes down to cultural manifestations which did not need language to be understood so this exluded theatre, literature but focused on fine arts and to a lesser extent music. For an airline which transported people and cargo – including fine art – this was also a logical step since a major part of our sponsorship included transport which, so to speak, was a sgnificant part of our budget but came back into the company’s pocket since all the transportation was on board our aeroplanes.

An important part of such sponsorship is communications according to the famous PR dictum „Do good and talk about it“.In practice this meant that when we sponsored an exhibition , besides the usual PR such as press releases, press conferences etc. we designed special advertisments which were placed in major newspapers of the region where the event was taking place. This was expensive; for example a full page color ad in the business section of the New York Times about our support of the Kandinsky exhibition at MoMA cost around 30.000 US Dollars at the time. We chose the business and not the culture section because of the surprise effect leading to greater attention from our most important customer segment:the business traveller. The surprise was even greater since we chose motives from the art works with details of the exhibition. 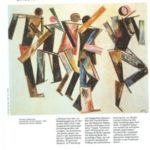 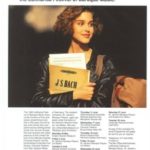 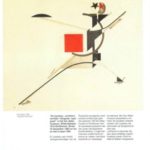 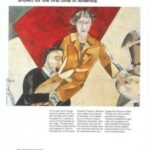 Three Museum Directors with whom I became friends were a source of inspiration and  had a strong influence on our work:

Christoph Vitali (*1940), the founding Director of the Schirn Kunsthalle in Frankfurt which he headed 1983-1993 before moving to the Haus der Kunst in Munich and later Fondation Beyeler in Basel.

Last not least, Thomas Krens (*1946) who was Director of the Solomon R.Guggenheim Foundation 1988-2008. Tom was a legendary museum innovator who enabled the creation of the Guggenheim Bilbao, the Deutsche Guggenheim Berlin and laid the groundwork for the museum cluster in Abu Dhabi .

I played no small part in establishing the relationship between the Guggenheim and the Hermitage which led to a Hermitage-Guggenheim joint venture museum in Las Vegas which opened in 2001 and lasted 7 years. 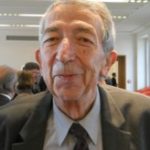 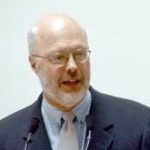 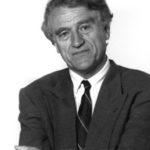 In Winter 1986 I invited all three to dinner in our home in Frankfurt. My wife Christa cooked borscht and I showed them that the forthcoming Perestroika in the Soviet Union had already started in the Avant Garde art of Russia in 1910. This was the birth of the future exhibition „The Great Utopia“ and we all travelled to Russia several times looking at public & private art collections and architecture ,  including attending the first & last Sothebys auction in Moscow in July 1988 when 119 works of modern & contemporary Soviet art fetched an unheard of total of 3,8 Million Dollars.

In later years we spent holidays together with Heinrich Klotz and his wife at Tom Krens’s house on the island ov Vieques in Puerto Rico. Tom has a large house in Williamstown, Massachussets where Christa & I spent many a Thanksgiving with his family.

Christa & I spent some time in Christoph Vitali’s house in the Dordogne where he excelled in French cooking with his state of the art gas & electric oven.

Those days were the beginnings of my adventures in the fascinating world of art.

In retrospective  I must say that at Lufthansa besides art & culture, I was also busy in classical PR like work with international journalists and travelling with them to  the Americas, Far East and most european countries and explaining pilot training in Bremen, Frankfurt and Tucson/Arizona . I was also in charge of organising a professional show of Lufthansa at AVIASERVICE in 1971 in Moscow and AVIATION EXPO in Beijing 1987 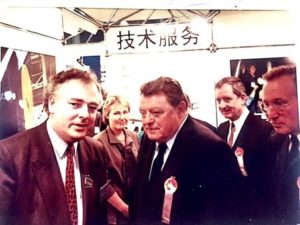 We had fun photographing Pope John II boarding a Lufthansa plane in Stuttgart 1980; Organising interviews with the airline’s CEO and other board members, organising concerts in London and Frankfurt.

From 1996 to 2007 I worked for the Solomon R.Guggenheim Foundation as Director Corporate Development Europe. That was an exciting period, reporting directly to the Director, Thomas Krens. This was the time when the Guggenheim Bilbao and Deutsche Guggenheim in Berlin with Deutsche Bank as partner opened their doors in 1997 ! This was also the time when we established a strong partnership with the State Hermitage and opened a joint exhibition space in Las Vegas. I was mainly involved in getting major sponsors (Banks, BMW, Industrialists etc) as well as  identifying & soliciting personalities to join the board of Trustees ( Vladimir Potanin, Carl-Gustaf Ehrnrooth etc). In many trips to the Emirates I had first hand experience of the beginning of the museum adventures in Abu Dhabi.

I consider myself lucky since 90% of my working life, I was involved in activities which I really enjoyed and had a high degree of independence in all the functions I held.

Over the years I met Presidents, Ministers, Mayors, famous politicians, business leaders, artists, collectors, musicians and innumerable friends many of which I still meet. Travelling all over the world but living in Frankfurt my focal points outside Germany were New York, Paris, Moscow, St Petersburg & London.

I have seen the Taj Mahal, Temples in Kyoto, Nightclubs for GI’s on leave from the Vietnam War near Bangkok, a Buddhist Hermit in central Malyasia, nearly drowned in the Philipines, Battled with a Soviet Navy lady Colonel which was training dolphins in Sebastopol, was spat upon by a lama near Caracas, sailed on Titicaca lake, traded a Lufthansa travel bag for a bone necklace with a monkey’s scull with Jibaro natives in the Amazonian jungle, got a traffic ticket in Death Valley etc.etc.. That was all before I began dealing with exhibitions.

As often as possible my wife Christa and sometimes our children Diana & Mischka accompanied me to some of the exhibitions listed below and in which I was involved in varying degrees of intensity.