This was the first exhibition Thomas Krens organised and curated as the newly appointed Director oft he GuggenheimMuseum. Co-curators were Michael Govan and  Joseph Thomson who later became successful museum directors themselves. It was the first show which Lufthansa sponsored at the Guggenheim and many of the 41 artists included attended the opening where Heinz Ruhnau, CEO of Lufthansa also spoke. The Soviet Foreign Minister, Eduard Shevardnaze, attended the opening.

The New York Times wrote: „It is a very ambitious show. It raises the complex issue of the human figure in postwar German painting. It places in some kind of artistic context such familiar figures as Georg Baselitz, Anselm Kiefer, Markus Lupertz, A. R. Penck, Sigmar Polke and Gerhard Richter – the artists around whom the show is built.

Mr. Krens’s catalogue essay, ”German Painting: Paradox and Paradigm in Late Twentieth-Century Art,” suggests a curatorial style. In bloodless, academic language, the new director demonstrates his willingness to plunge into the turbulent waters of critical theory. He suggests that his regime will take on difficult theoretical issues, demand clear, no-nonsense thinking and not back down from anyone.” 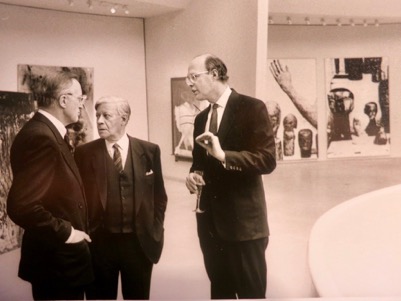 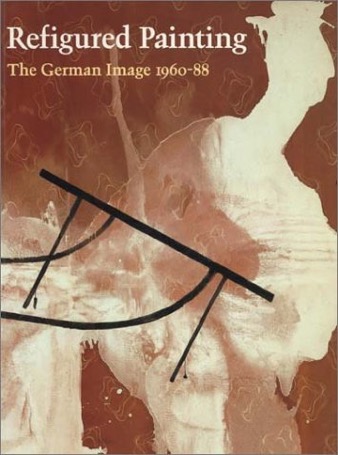 The West knew very little of this vast panorama of an impressive landscape of ideas. The authors, young Soviet architects, had not thought of this “paper architecture”. On the contrary: programmatically they remain in the scope of the imagination. Included in this exhibition are also the most beautiful drawings of the Moscow Children’s Architecture School of children between 5 and 16 years. A symposium “New Architecture in the Soviet Union” with Moscow architects took place on April 4,

I remember translating the speeches at the opening to Joseph Giovannini, the New York Times architectural columnist who wrote a nice piece: 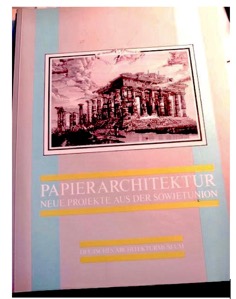 Thanks to my contacts with Soviet colleagues, DAM was able to get a comprehensive retrospective of Jakov Cernichov’s work in Germany. Violent architectural machines or graceful scaffolding constructions, geometric building complexes, and expressive imaging of urban spaces contrasts the formal range of its architectural images.

My friend Andrey Chernikhov, himself a successful architect in Moscow, did far more than most grandchildren to promote the legacy of his grandfather Jakov Chernikhov and provided most of the exhibited works.

Helmut Newrton and his wife June spent a week in Moscow with me and my Lufthansa colleague Christine Rosentreter, opening the first exhibitions of his work in three different locations. He also spent the little free time he had photographing Moscow and the many parties we had.

The Russian catalogue was sold out immediately and is a prized collector’s piece.

The show at Aidan Salakhova’s “First Gallery” near Pushkin Square caused quite a stir because it exhibited the large nudes which were not deemed fit for the venerable Pushkin Museum, after all it was still the Soviet Union. Nevertheless, Pushkin Museum Director permitted a few smaller size nudes. The German Ambassador at the time , Klaus Blech, wrote a letter to the Lufthansa CEO with harsh critic for sponsoring “pornography” in Russia. This concerned the life size female nudes photo at the First Gallery and not the more conservative exhibits at the Pushkin Museum or ind the offices of Dekorativnoe Iskusstvo. The Lufthansa boss Heinz Ruhnau asked me to draft a firm but polite answer to the Ambassador.

I would have expected elderly Soviet bureaucrats to perhaps protest but this time it was a German diplomat. 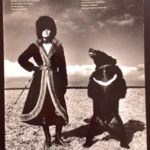 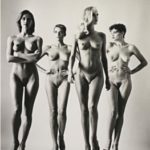 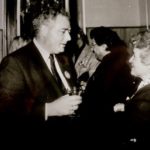 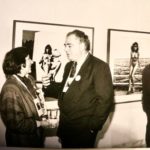 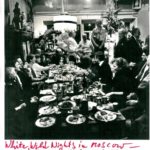 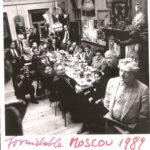 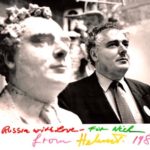 This was the first major exhibition of Kandinskyin Germany with loans from the three major museums Pompidou, Lenbachhaus & Guggenheim as well as many Soviet museums .

I remember drafting the sponsor’s foreword for Lufthansa’s CEO Heinz Ruhnau in the catalogue mentioning the tragic fate of the artist in Nazi Germany which he was forced to leave in 1937.

A variation of this exhibition was shown at the Tretaykov Gallery later that year with Lufthansa Board Member Dr.Heiko Lange. Guest of honor was Mme Claude Pompidou. 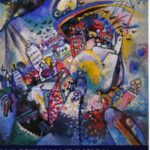 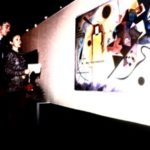 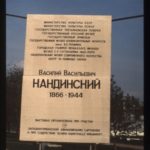