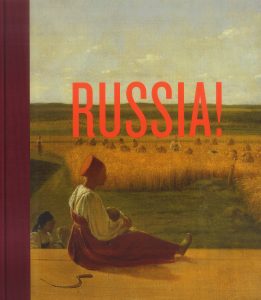 PUBLISHED IN 2005 by the Guggenheim Museum, New York

RUSSIA! is the most comprehensive and significant exhibition of Russian art outside Russia since the end of the Cold War. Including more than 250 artworks, many of which have rarely or never traveled abroad, this innovative presentation features the greatest masterpieces of Russian art from the 13th century to the present, as well as a selection of first-class Western European paintings and sculptures from the imperial art collections assembled by Peter the Great, Catherine the Great, and Nicholas I in the 18th and 19th centuries, and later in the early 20th century by the Moscow merchants Sergei Shchukin and Ivan Morozov.

To view the book download by clicking here (30MB)